YOGA – As a Modern Therapeutic Intervention

Yoga emerged from ancient Hindu scriptures as a discipline to achieve greatness among saints in olden days, yoga comes from a Sanskrit word “Yuj” which means union and in fact, it is a complete union of mind body and spirituality. The union of this little consciousness in us to the ultimate higher storehouse of consciousness.

So the question is it really scientific??

And the answer is YES it is a proven and scientific discipline and in fact, recognized by the Ministry of AYUSH, India and the extensive research over the days have established it as a therapeutic intervention

Yoga has different concepts linked to it, varying from the practices of Yogasanas, Pranayamas, Kriyas, Mudras, Bandhas, Meditation and several specialized techniques mentioned by several yogis in different Yogic texts .

One may ask why we would consider yoga when we have so many different treatments modalities and options available on the go?

The answer is simple neither yoga harms nor it has any side effects linked to its practices. It can treat a wide range of diseases varying from physical disorders and illnesses to mental and psychological disorders which are difficult to treat even in this era where we have infinite number of drugs and medicines. Yoga even has the core ability to treat disorders which are linked to human mind which cannot be diagnosed or explained by modern medicine.

It also provides us the opportunity to touch the highest aspects that is Self actualization which is explained by Maslow’s Theory of hierarchy of needs. 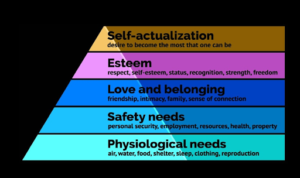 Yoga treats disease as whole which means that it cures a problem rather than simply relieving the symptoms. Not only the single disorder gets treated but when someone undergoes yoga therapy his body recovers from several hidden illnesses and complete health is restored to normal. 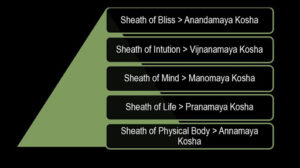 When should one consider getting yoga therapy?

Yoga therapy can be considered in any and every disease conditions sometimes as the main stay or sometimes as an adjunct to other therapeutic interventions.

What are the Benefits?

And this is just a short list of benefits the offered benefits are countless.

Who to consider when getting yoga therapy?

In present days there are a whole lot of people who make claims to treat disease and disorders through yoga therapy. But neither are they qualified nor they carry thorough knowledge of those practices. Pursuing certification and diploma courses can make only qualified yoga teachers but not yoga Doctors. In India those holding Bachelors degrees in Yoga and Naturopathy (BNYS) are qualified to give Yoga treatments and therapies so beware and contact a Naturopath while considering yoga therapy.

For Information Related to Yoga & Naturopathy