Mahatma Gandhi: The Father of Naturopathy 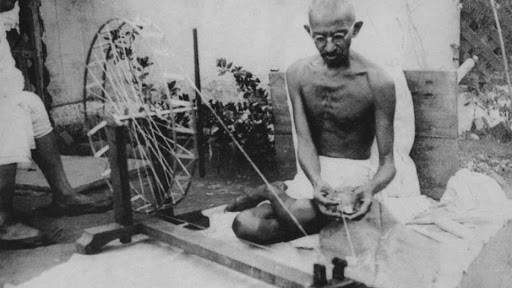 The Father of Naturopathy 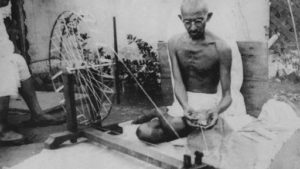 Gandhi ji popularly known as the “father of the nation” who has driven us along the road to independence.  Whose name begins with the abbreviation “mahatma” which in India is used to refer to a sage just to define the greatness and simplicity with which he lead his life and worked for the cause of the nation and humanity. Gandhi ji in early stages of life had a dream of becoming a doctor; which according to his sect that is vaishnavism was opposed to the practices of medicine of harming a individuals body for the sake of science, and specially of dissecting them. This left him with the choice of becoming a barrister and studying law but it is truly said “you can change a person’s profession but cannot undo the interest he perceives.” This might be one of those reasons which made him a pioneer of the field of naturopathy.

Mahatma Gandhi is the person who had laid the milestone of naturopathy in India. He himself was a true follower of naturopathy in his complete life. Describing some of his contributions Gandhi ji initiated the foundation of nature cure hospitals in a village urlikanchan, pune to fulfill the medical requirements of the poor people contrary to the Nature cure clinic and sanatorium being run in the city of pune which used to serve only the urban rich people. Gandhi ji in the year November 18, 1945 he founded All India Nature Cure Foundation at pune.

His journey towards naturopathy began after getting influenced by several books on naturopathy which were “Return to nature”& “The Paradise Regained” by Adolf Just as well as “The New Science Of Healing” by Louis Kuhne which inspired him to adopt the mentioned modalities on himself.

GANDHI JI AS AN EXPERIMENTAL SCIENTIST AND INNOVATOR

His experimental journey began from the days when he used to live in Johannesburg, South Africa; when he suffered from constipation and frequent headaches, he relied on medication prescribed by an orthodox allopathic practitioner. He felt that on taking those medications he has lost his sense of well being and instead of doing good to him they rendered him feeble and weak. Being inspired by the books of Adolf Just and Louis Kuhne he practically replicated their mentioned techniques such as hip bath with cold water while rubbing with a wet cloth which gave him temporary relief, and began eating natural food, he also began experimenting the use of mud poultices which he applied to his abdomen every night which gave him relief from his problems. He also used several baths, to get relieved from fever and to aid in good digestion.

Gandhi ji while living in Durban instead of using marketed bread tried preparing whole-meal bread as suggested in a recipe by Kune; where he used hand grounded flour instead of mill flour.

Gandhi ji along with his followers treated the Boer war wounded soldiers with naturopathy modalities as well as used them during the plague outbreak in South Africa.

Several instances were recorded where he himself experimented with naturopathic treatments on himself as well as his family members and also advised these measure to his followers and close ones whenever they were in need. One of such incidents was when his son’s arm was broken Gandhi ji made his son to apply a clean mud poultice after properly cleaning the wound and tie his arm stable to a position by doing so in the time of a month the wound healed completely and this strengthened Gandhi ji’s belief in the use of mud treatments.

Gandhi ji believed fasting as cure to various ailments and believed in theory of panchmahabhutas the five basic elements which make up the human body he practiced walking for several miles and also learned yoga and use to practice it. In his newspaper “Harijan” he quotes “A men who accepts nature cure never begs. Self help enhances self respect. He takes step to cure himself by eliminating poisons from the system and takes precautions against falling ill in the future.”

He also trained his followers in the practice of personal, domestic and public sanitation to ward away from infective diseases as well as he himself practiced daily prayer as a means to overcome mental problems and preached the same to his followers.

As a means of self restrain he experimented with fruit diet and also gave up cereals and milk. According to him an ideal diet should comprise of fruits and nuts and in one of his dietetic experiments which he conducted on himself by forbidding milk from his diet which failed and to recover from that condition he started drinking goats milk; he later concluded that “those who are confined to bed as well as those with weak digestion there is nourishing diet equal to milk.”

Gandhiji also used garlic in his daily diet as a measure to aid in improvement for his high blood pressure which gave very effective results in his newspaper Harijan Gandhi ji has mentioned several important benefits of garlic and its use in daily life.

He experimented with fasting several times in his life and brought this to practice during the freedom struggle where he fasted for 21 days and several times for shorter durations in which Dr. Dinshaw Mehta Gandhi ji’s physician was the one who supervised him.

Several researchers regard Gandhi ji to be considered as a scientist as he while treating himself as well as his followers and others he was in fact conducting experiments and getting results out of it which proves the fact of it being more scientific and functional .

We all cannot deny the fact that Gandhi ji in true sense was the one who gave naturopathy the indigenous form it has today and this is because of his experimental approach that lead to growth of naturopathy as medical science leaps and bounds his experiments not only inspires us today but will keep on inspiring us for several ages to come and will witness growth with each coming day.