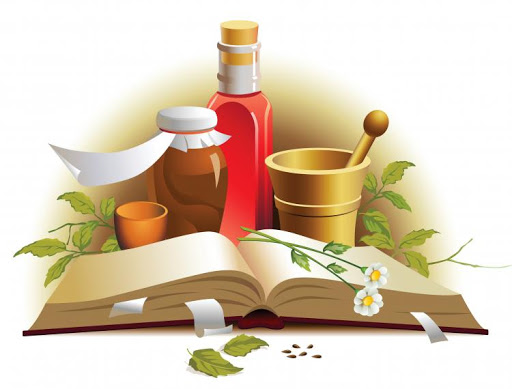 Fasting in older days was regarded as auspicious and had its own certain place in the daily lifestyle of our ancestors but as the modern era grew it lost its value against modern-day drugs and therapies. And began to be regarded as an unscientific and baseless hoax but in recent years researches have proved its scientific basis when autophagy emerged as a hidden mechanism that occurred in cells during the condition of fasting or induced starvation.

Autophagy in literal sense means to eat “thy self”

Autophagy is a process by which the components of cell get captured into “autophagosomes” and then brought to the lysosomes or vacuole to be broken down and recycled for body’s own use. It is observed that autophagy come into play when there is a state of absence of any external source of nutrition especially during the period of privation.

In the year 2016 the noble prize was awarded to Yoshinori ohsumi for autophagy which was a breakthrough in explaining the reasons why fasting heals and can be used as a effective means to fight against several pathological conditions.

The body has a way to clean itself and remain free from foreign and morbid matter which may be a result of metabolism or any other chemical activities which are going inside the cells.

Several laboratory studies conducted upon mice and monkeys in which they were made to fast were found to have a tendency to live longer than their regularly fed counter groups, which shows that fasting improves longevity.

Researchers have found out that caloric restriction turns on several genes that command the cells to preserve resources. This particular state is called as “The Famine Mode” where they ultimately become resistant against disease as well as cellular stress. Thus finally the stage self eating or autophagy is induced.

When a person fasts for 18-20 hours the state of autophagy is induced best results with maximal effects can be observed when the duration reaches to about 48-72 hours.

“What autophagy actually does to the body ??”

2.      It is found to stimulate the production of growth hormone which generates the fresh new cellular material which charges up cell renewal and what better than having a splash of rejuvenating growth hormones running in the blood plasma

3.      In situations where bacteria and viruses linger due to reduced immunity autophagy acts as a defense mechanism and overrides over them by digesting them.

When the body is overloaded with digestive material it does not gets enough opportunity or the required environment to conduct autophagy as a result of which unwanted cell debris of metabolism as well as the wide variety of other cellular materials and proteins starts getting accumulated inside the cells and thus results in reduced or failure in functioning properly.

When a person begins to fast what actually happens is body organs go to the state of physiological rest which is a result of a reduction in digestive overload because energy is required for the digestion of food which depletes or drains the body of essential energy supply. When we are having food the mechanism of autophagy remains dormant; as soon as food intake is stopped the cells begin to command the production of autophagosomes which in result increase the lysosomal cell activity and begin to degrade all the non-essential and extracellular accumulations for the continuous production of energy supply to maintain the normal functioning of the body.

Wanna Get Loaded With Benefits??

This mechanism is a fundamental landmark when it comes to decreasing the size of tumors or fighting against malignant conditions such as several types of cancers. Isn’t it easy to just fast and get rid of even the greatest of known killers? Not only malignancies, it is useful in overcoming conditions such as obesity, hypercholesterolemia, and other several chronic disease conditions that have emerged as modern-day killers and reasons behind ever-rising morbidity.

Hmmm…..this is our bad Right??

All modern-day health problems and diseases over the years have emerged as a result of the change in lifestyle and eating habits where people have become much similar to a sloth bear, who because of his sluggishness remains confined to the comfort of his couch making himself restricted in the boundaries of his workplace and home.

A weekend turns out to be a chance to grab on those high sugary processed and extra calorie-filled stuff just to satisfy the never ending craving of his tongue. The modern-day junk-filled lifestyle has paved a way to chronic as well as several degenerative disorders all because of an extra doughnut or coffee drizzled with an extra punch of chocolate syrup or a burger accompanied by a pizza.

All these stuff not only hinder the digestive mechanism of the body but decrease the level of nutrition required to maintain the normal healthy state. Due to this sedentary lifestyle, we have invited several types of diseases and acting as an insult to the injury the chemical compounds that are our modern-day drugs; which certainly are only capable of decreasing the symptoms but have additionally given us the gift of toxicity in or plasma blood levels causing a tremendous decrease in functional threshold of body cells to perform normal activities. In such an era one must be able to appreciate the nobleness of fasting as an effective measure to get rid of all this overloading toxicity which had lead to the modern-day never-ending stalk of diseases.

DISEASED??? This is why it happens

It is bodies innate demand to get rid of toxic matter, this usually happens through different eliminative routes of the body during the conditions of acute sickness like cold and cough when the body is trying to eliminate the excess of mucus being build up inside it or trying to kill foreign pathogens by raising the normal body temperature to a threshold above its homeostatic range. And once someone starts to fast autophagy performs the same eliminative action in his body but instead of throwing or expelling those products body turns the best out of those benign waste products which have build up inside it as an outcome of our lifestyle. Autophagy can be regarded as GOD’S own supreme plan in making the human body as a physician for itself to recover from any conditions which could hinder its normal functioning.

So why not consider fasting as an add on to our lifestyle, one must praise its effectiveness and power which aids and easy recovery from any disease condition and why not choose the greater tool autophagy against modern-day treatments and instead of popping those pills inside our gut why not give our body the perfect environment for recovery. But this single aid won’t do the work improving lifestyle doing regular exercise and following a healthy diet is the only way out to live healthy and fit. And fasting thereby stays with you as a gift to improve longevity and to live a healthy disease-free life.

What is bad about we human’s is as soon as we get to learn about something new we start trying it but there is an added caution to fasting and autophagy which is; you must be aware of proper cautions and methodology of doing a fast before attempting it

One thought on “Fasting – Fundamental Science Behind Healing”